We often don’t consider that when something like conflict occurs, people already have learned behaviors on how they deal with it. Being more aware of how you respond to conflict, and how others respond to conflict can give you options in the approach you want to use to deal with a particular issue, rather than falling into your default response, which may be ill-suited to the method that the other party is using.

The Thomas-Kilmann Conflict Mode Instrument is a way of classifying conflict resolution styles.

If you value the relationship (keeping the other party satisfied) you rank high on the relational scale.

Let’s look at the model from the perspective of within an organisation. Everyone’s trying to make the organisation successful in the long run, but they all have different deadlines and priorities, that may result in conflict.

Accommodation is high relational, low assertive. This means you’re willing to forgo your own goals in order to resolve the conflict, let the other party get what they want and make sure the relationship stays intact.

Accommodation seems like a good approach when its something that’s not that valuable to you, and allowing the other party to get what they want will benefit the relationship in the long run. The downside is that if you continually invoke an accommodation style you’ll likely get walked over on a regular basis.

Someone who is avoiding the issue completely can be incredibly difficult to deal with. They might not realise they’re not only refusing to deal with the source of conflict, but actually preventing both sides from reaching a positive outcome.

Competition takes you to the other end of the assertiveness scale. A competition style is willing to win, even at the cost of the relationship. Someone who continually uses this style may have a reputation for being difficult and unpleasant to deal with. When using this style you essentially don’t care whether or not the other party gets anything out of the exchange.

Competition should be used sparingly. Definitely not very often in an organisation where you will be relying on assistance from others in the future. People with this state of mind see every negotiation as a competition where one party wins, and the other loses.

Compromise ensures that you get some of what you want, and other party gets some of what they want. Each side makes concessions, but neither is fully able to realize their original goal.

This is obviously better than no agreement being reached at all, but can be damaging in the long run if parties always just “settle” instead of working together to achieve an even better outcome. Continual compromise can result in a culture of “good not great”.

Collaboration is the style that’s most beneficial in the long run. Each party gets the things that are most important to them. Collaboration may even result in an outcome that was better than previously expected.

As you probably already expect, in a highly functioning organisation collaboration would be a common way of resolving conflicts. The downside to collaboration is that it’s difficult and it takes time to get everyone working together effectively to begin with.

Teams on opposite sides need to have communicated their own goals clearly, listened carefully to what the other side has to say, and then work together on forging a way forward. It relies on cool heads, and ego not getting in the way.

As mentioned before these approaches may be learned behavior, but understanding that there are ways for both parties to win if assertiveness is exercised and some time and effort is put into the negotiation is worth keeping in mind.

Understanding the model is all about awareness.

It’s also worth being aware of instances in which you may be ceding too much power (accommodation, avoidance) and when you are putting the relationship at risk to achieve your goals (competition).

Also consider going the extra mile, if a compromise is reached there may be a way to turn it into collaboration, and have both sides benefit more than originally anticipated.

(originally published on the 14 Jan 2016, migrated from my previous blog) 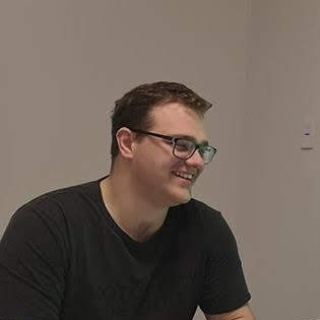